This fascinating plan of Birmingham in 1778, just after the opening of Birmingham’s first canal in 1769, when folded out measures 890mm x 1000mm. It will be a great resource for local historians, family historians and all those interested in the City of Birmingham. Digitally re-mastered in colour from the original, it captures this famous manufacturing town at a time of rapid expansion. The map has been meticulously re-produced from the antique original and printed on 90 gsm “Progeo” paper which was specially developed as a map paper. It has high opacity to help reduce show through and a cross grain giving it greater durability to as the map is being folded. 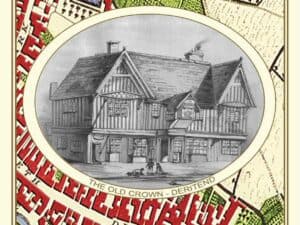